This blog is part of a series monitoring the utilisation of Nigeria’s recovered assets. The series is a follow-up to our latest article on Nigeria. This blog was prepared by Oluwatosin Fatoyinbo. 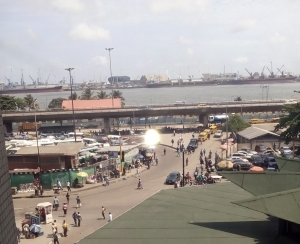 e recent return of $322 million to Nigeria from Switzerland have led to new fears among citizens and reignited the debate on the ability of the government to appropriately manage recovered assets.

These fears are well motivated: Nigeria has a history of recovered assets gone missing, a situation that Nigerians often refer to as ‘re-looting the loot’. At best, when the “re-looting” of returned assets was not proven, the use of these assets remained unclear or unknown.

For example, in 2015 the civil society group Socio-Economic Rights and Accountability Project (SERAP) questioned the utilisation of a huge amount recovered from the so-called Abacha loot between 2005 and 2006. According to this report, many of the infrastructural projects for which the government claimed the funds had been used were non-existent, abandoned or uncompleted. Another problem identified was the fact that there was no stipulated framework for project selection and monitoring. Quoting World Bank reports, SERAP also criticised the lack of a general budget reporting system which “greatly undermined the opportunity for tracking the returned Abacha funds and analysis of their utilization.”

Another 2015 report by a national newspaper alleged $500m recovered from the Abacha loot during the administration of former President Goodluck Jonathan was stolen and misappropriated.  According to the news report, a large sum of the money (specifically $250m) was transferred to the account of the office of the National Security Adviser without legislative approval “…for the purchase of ammunition, security and other intelligence equipment for the security agencies in order to enable them to fully confront the ongoing Boko Haram threat”. However, the report also indicated suspicions that the $250m was instead diverted to fund the failed re-election campaign of former President Jonathan.

Given the history of poor management of recovered funds by the Nigerian governments, the commitment in practice as well as words by the Buhari government to establish a coherent, transparent and accountable asset management framework is essential if we are to avoid the traps of the past which delayed returns.  In particular, Nigeria should put in place clear mechanisms for monitoring the re-use of assets significantly involving civil society and abide by framework agreements with other countries as well as international standards.