The European Court of Justice in its decision of the 11 July 2019 annulled the 2014-2018 EU sanctions that had been in force to freeze the assets of several high-ranking former Ukrainian officials since 2013, including those of former president Yanukovych.

These asset freezes had been put in place after the Ukrainian revolution to support the Ukrainian authorities in their efforts to investigate and prosecute those people suspected of having illicitly enriched themselves during the previous regime and hidden their ill-gotten money overseas. 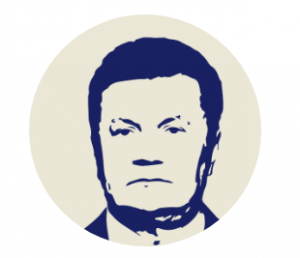 The Court gave two reasons for its decision. Firstly, it argued that it had required the Council, in putting in place sanctions, to verify that certain fundamental rights had been complied with, namely the rights of the defence and the right to effective judicial protection. The Court said that the Council had never stated in its communications that it had checked that these rights were being complied with and that communication from the Ukrainian prosecution was insufficient to verify these were being complied with. Secondly it stated that it was not possible to determine from the evidence provided that actual prosecutions were taking place against those people in Ukraine.

Essentially the judgement puts the blame on both sides: the European institutions for failing to ensure that the measures were in compliance with fundamental rights – that the sanctioned persons were able to have a fair trial – and the Ukrainian authorities for failing to provide assurances of these and for the lack of serious efforts to convict the suspects.

The impact of this failure though is huge. While there is the possibility an appeal will take place and its unclear if these will automatically apply to the 2019 sanctions renewal, the potential unfreezing of these assets marks a real failure of cooperation and initiative on both sides to advance the criminal investigations and recover any stolen money to Ukraine. If the decision is confirmed and applies to the latest round, the money will go back into the hands of the seven individuals, who will be free to move them out of the EU should they choose to. If then they are in the future found guilty of corruption, this would make it exponentially harder to recover any stolen funds. Moreover, it demostrates and signals that the Council appears to be little concerned with grand corruption, which could have consequences for other sanction regimes.

More than this, this decision highlights the serious deficiencies of the EU’s misappropriation sanctions framework, deficiencies we recently highlighted in our report Sanctioning Kleptocrats. As discussions on a replacement for this progress, the EU needs to take a hard look not just at the mechanisms it has for freezing the suspected proceeds of corruption, but based on this judgement, also its commitment to preventing grand corruption and to asset recovery.