This is a translation of the blog article „Ein effektiver Kampf gegen Geldwäsche in Deutschland – genauso wichtig wie Entwicklungshilfe?!“ published on the blog of the Netzwerk Steuergerechtigkeit (Tax Justice Network) on 26 June 2019.

The original article can be found here: https://www.blog-steuergerechtigkeit.de/2019/06/ein-effektiver-kampf-gegen-geldwaesche-in-deutschland-genauso-wichtig-wie-entwicklungshilfe/ 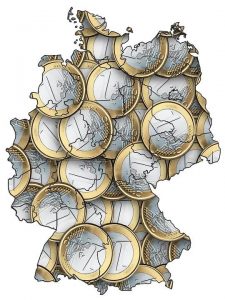 Germany reformed its law regulating the confiscation of criminal assets and started confiscated assets of criminal clans in 2017. By early 2020, Germany is scheduled to enforce the 5th EU Anti-Money Laundering Directive, which should provide the country with a better transparency register and with stronger measures than in the past. At the same time, many citizens are growingly worried about anonymous investors bringing into Germany money of possibly illegal origin, mainly into the real estate sector. How is all this linked to development aid?

Exactly like it happens with drug trafficking and other forms of organised crime, only a minimal amount of the money stolen by corrupt officials and invested in international financial markets, including Germany, is recovered through prosecution. While, according to conservative estimates, in the past 40 years at least USD 1,2 trillion disappeared from developing countries into the pockets of corrupt officials, only USD 2,6 billion, according to the latest data available from 2012, were frozen – that’s less than 1%.

In Germany in 2017, out of an estimated €29 to 100 billion earned illegally or laundered yearly, only €198 billion was recovered. Crime does pay, indeed. Corrupt officials use these illegally obtained assets to buy villas in Los Angeles, New York, Paris, London or Baden-Baden, competing for who has largest yacht and buying more luxury cars, bags and watches than they ever could before. Often, they silently and anonymously invest the money in stocks, property funds and rented buildings in stable markets like in Germany, since the risk of keeping it at home is too high.

A study recently published by CiFAR e.V. with the support of the German Development Cooperation Agency (GIZ) identifies 16 publicly documented cases of illegal investments by corrupt officials of developing countries in Germany and argues that this is just the tip of a much larger iceberg:

The study, through interviews with financial intermediaries, prosecutors and investigative journalists, shows that Germany has had so far little resources to investigate these often complex international money laundering cases. The data necessary to investigate is often missing, is not accessible or is insufficiently exchanged among authorities. That is why almost all illegal assets invested in Germany remain unknown and their crimes unpunished.

On the other side, three other cases show how the situation in Germany might change in the future:

If German authorities – like authorities in the US, UK or France already do – search for illegal assets in a more consistent and proactive way and as such increase the chances to uncover these assets thanks to more transparency, corrupt officials from developing countries will lose the safe haven they so much need to hide the proceeds of their crimes. This way recovered assets can be returned to the countries of origin and be invested for the development of these countries.

More details and recommendations about how to develop coherent (development) policies can be found in CiFAR’s report at: https://cifar.eu/projects-and-campaigns/research/