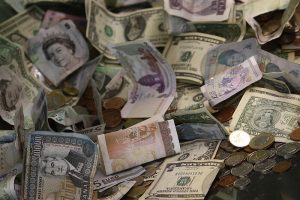 In 2019, CiFAR in cooperation with the Friedrich Ebert Foundation researched global challenges in asset recovery and the role civil society plays to fight cross-border corruption.

Here is an interview with the Friedrich Ebert Foundation with the authors, Agatino and Jackson from CIFAR, presenting the results of the study.

According to the World Bank, USD 20 to 40 billion is stolen through corruption from the Global South and is hidden overseas. In their FES Policy Analysis “The Stolen Wealth – Opportunities and Challenges for Civil Society in Asset Recovery”, Agatino Camarda and Jackson Oldfield look at five of the most important current cases of cross-border corruption. They outline how civil society can contribute to the tracing of stolen assets, can ensure the transparent and accountable use of assets once they are returned, and can help the public make sense of the complexities involved. We talked with them about their findings.

FES: Why has the topic of asset recovery gained visibility?

Agatino Camarda and Jackson Oldfield: The recovery of assets stolen through corruption has existed in the international community for many decades, but in the past few years more and more people have started realising how important it is. Asset recovery is a fundamental step to bring justice and compensate the victims of corruption and is increasingly recognised as one of the main tools to fight corruption and illicit financial flows globally. Governments of developing countries have started pushing their counterparts from Europe and the US to assist them in returning the money that belongs to them and is hidden in the Global North thanks to the secrecy of financial systems. Further, civil society organisations worldwide have started demanding that asset recovery processes become more transparent and accountable.

Why did you choose these case studies?

With this research, we chose to look at countries where there are important and interesting cases of corruption across borders, where large amounts of money has been stolen and moved abroad. We chose to pick a mix of countries that represent cases that are more and less publicly known. On one side, Nigeria and Malaysia have received a lot of attention in the past years with the cases of former dictator Abacha and the so-called 1MDB case; on the other, Moldova, Mozambique and Mexico are less known in the international community, although huge amounts of public money have been stolen by public officials. With this study, we also wanted to look at the potential role NGOs and journalists have in raising awareness and investigating these cases, and these five countries all had promising initiatives.