This blog is part of a series monitoring the utilisation of Nigeria’s recovered assets and was prepared by Oluwatosin Fatoyinbo. Read Oluwatosin’s previous article on Nigeria here. 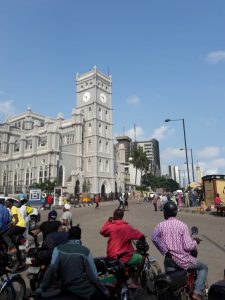 As CiFAR reported, Nigerian civil society is fighting hard to make the re-use of returned assets transparent and accountable, especially since the recent return of $322 million from Switzerland.

NGOs, experts and journalists repeatedly expressed concerns about how the cash transfer programme planned for the $322 million return would work. Why?

The cash transfer programme in a nutshell

In a Memorandum of Understanding signed with Switzerland, Nigeria agreed that the $322 million assets returned from the Abacha loot would be used to support the “Targeted Cash Transfer programme”, also referred to by the government as the ‘Household Uplifting Programme’. This is, in short, a transfer of cash to an estimated 300,000 households in 20 selected states of the country with each household receiving a payout of $14 a month for six years. According to the programme’s website, the aim is to enable the beneficiaries to “start small businesses and to support their source of livelihood”. The programme is directly managed by the National Cash Transfer Office (NCTO) under the supervision of the Office of the Vice-President and the Federal Ministry of Budget and Planning. As stipulated in the MoU, the programme is expected to be independently monitored by the World Bank. The Nigerian government is also mandated to engage civil society in participating in the monitoring of the programme, with the details of this engagement to be decided by the government (more in our next blog in this series).

One key concern civil society expressed about the programme is related to its timing with the upcoming 2019 presidential elections. The harshest critics argue that the cash transfer program is a ruse to influence voters in favour of the President’s re-election bid. These critics think that the implementation of the program at such a critical time might influence the most uninformed members of society, especially as the targets of the program are the poorest, unprivileged and the uneducated.  Others believe that giving out cash to poor people is neither sustainable nor efficient to alleviate poverty. For instance SERAP, one of the leading NGOs working on asset recovery in Nigeria, believes that a better way to use the assets would have been to address the numerous infrastructural deficits in the country. Supporters of the programme, on the other side, argue that whether it is a ploy to influence votes or not, the most important consideration should be that the cash transfers will ease the sufferings of the beneficiaries. Some evidence indeed suggested that an experimental cash transfer project conducted by the World Bank in northern Nigeria between 2015 and 2017 had some positive impact.

There are other, politically sensitive concerns around the $322 million return. News sources have alleged that there has been mismanagement in the spending of public funds on lawyers involved in the process of returning the money, centring on the Nigerian Attorney General. These reports suggest that former colleagues of the Attorney General were employed to complete the return in exchange for a fee of $16.9 million. This is despite allegations that no lawyers were needed at that stage. While it is unclear if any wrongdoing took place, civil society has sued the government to release information on the engagement of the lawyers.

Learning from the past

Civil society in Nigeria is trying to look closely at the effective implementation of the program. Foremost, to avoid the risk that the assets are not paid to ‘ghost beneficiaries’, instead of persons for whom they are meant. Previous schemes designed to help the poor, such as the Midwifery Service Scheme introduced by the former President Jonathan, failed because government officials often turned such schemes for their private benefits through payments to non-existent beneficiaries.

We’ll talk more about how civil society is monitoring the Cash Transfer Programmes, its challenges and lessons to learn for other countries in our next blog post of the Nigeria series.