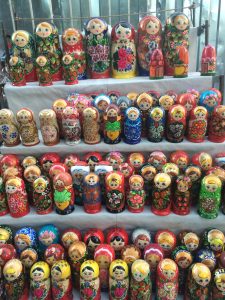 Moldova – Europe’s tiny, little known and poorest country – has arguably become a giant of corruption and money laundering in the past ten years. Research indicates that the country landed in the hands of powerful kleptocrats – above all, Vladimir Plahotniuc – who were able to take control of most public institutions, making the country a safe haven for corrupt money and ensuring themselves protection from any prosecution.

According to OCCRP, Moldova played a key role in the Russian Laundromat – a large cross-national money laundering scheme which moved billions of dollars from Russia to the EU between 2010 and 2014. The scheme involved the use of offshore companies in the UK and tax havens, banks in Latvia and corrupt judges in Moldova. According to investigations, over 20 judges in Moldova helped launder over USD 20 billion from Russia to Europe.

Money for citizenship, no questions asked

In the past few years, dozens of rich people from different countries applied for Moldovan citizenship. Why would they be interested in becoming citizens of such a small country? The answer is the so-called Golden Visa programme, largely used across EU and Eastern Europe, as reported by Transparency International: Moldovan citizenship in exchange of investments (specifically: citizenship in exchange of buying €250 thousand in government bonds). The programme is de facto a huge opportunity for kleptocrats and criminals to legalise dirty money through Moldova, with the reasoning that it helps bringing investments into the country.

The fraud of the century

But the most important example of the state of corruption in Moldova is certainly the so-called 1 billion bank fraud. The scandal, involving three of the largest banks of the country – Banca de Economii, Banca Sociala and Unibank, holding at the time around one third of the country’s assets – put severely at risk the fragile economic and banking Moldovan system, robbing the country at least 1 billion dollars, around 15% of its annual GDP.

How did it work? At the end of November 2014, days before national elections, the three Moldovan banks transferred in just two days up to USD 1 billion in loans to companies owned by anonymous individuals. The assets, which the banks paid out with reserves of the National Bank of Moldova, were then transferred to bank accounts in Latvia or in offshore companies in Hong Kong and the UK. According to investigations, the mastermind of this plan was the political figure and entrepreneur llan Shor. Plans to conduct this sophisticated theft started as early as 2012, when interest groups started aggressively buying shares of the involved banks; the banks were then decapitalised by lending assets in a much higher amount than they were able to give out, with the purpose to involve the National Bank in lending them liquidity through its reserves. A key step to facilitate this process was when in 2014 the government changed the legislation governing the bank system, creating the legal grounds for emergency loans the National Bank could give to commercial banks under government guarantee.

Governmental efforts to trace and recover the billion stolen with the 2014 bank fraud have generally been very poor. This is no surprise: the political will of the government and of the other institutions involved, given their alleged involvement in the case, was non-existent. More in our next blog on Moldova.