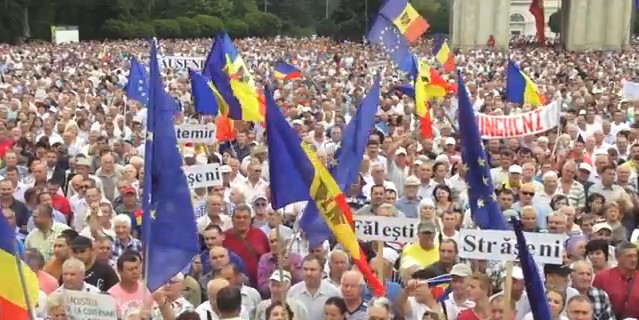 In our last post on Moldova, we talked about how in 2014 Moldovan kleptocrats allegedly stole over a billion dollars through a sophisticated bank fraud scheme. Things do not seem to be going in the right direction since then: the mastermind behind the fraud – Ilan Shor – sentenced to 7.5 years for fraud and money laundering but free on bail, managed not only to become mayor of a Moldovan town but most importantly win a seat as MP in the parliamentary elections on 24 February.

But what happened to the assets stolen through the bank fraud? Where are they, and have they been linked with the names of people who stole them?

There are very few answers to these questions, and they are not reassuring.

Shortly after the theft, the Moldovan government decided to hire Kroll, a due diligence company from the US to investigate the case. The final report was not made public until a Moldovan MP decided to leak it in 2015. Its findings were very important to shed a light on the massive theft, especially about the involvement of banks and of key people such as Ilan Shor. In late 2017, a second Kroll investigation further detailed the fraud scheme, explaining that most of the stolen assets were channelled through Latvian banks towards British offshore companies, also listing a number of countries of final destination of the laundered assets, including Cyprus, China, Russia, Switzerland, USA and Hong Kong. No names of individuals involved, however, were released.

Up to today, little to zero has been done to follow up on these findings. Notwithstanding declarations of formal commitment, there was a substantial lack of transparency in investigations and prosecution. Instead, the Moldovan government has actively tried to create a perception around how the bank fraud took place and to ensure Moldovans and international partners that investigations are ongoing.

As for prosecution, apart from Ilan Shor, other high-level arrests and prosecutions included former prime minister Vlad Filat and Veaceslav Platon, a powerful and well-known corporate raider. NGOs criticised the trials of having been carried out in breach of procedures, behind closed doors and of being politically motivated.

Predictably, the government has also done little to actually recover the stolen billion. In late 2017, Moldova committed to the recovery of the assets in a Memorandum signed with the EU on Macro-Financial Assistance. In July 2018, the Office of the Prosecutor General, the anti-corruption agency and other institutions launched a “Strategy for the Recovery of Funds Stolen from Banca de Economii, Banca Sociala and Unibank”. However, the strategy has been harshly criticised by civil society for its substantial lack of focus, absence of a clear recovery strategy, contradictory elements as well as for not giving a full and objective description of the fraud case.

Moldova also took initial steps to set up a framework to recover proceeds of corruption by creating a dedicated asset recovery agency (“ARBI”) under the National Anti-Corruption Centre, as foreseen by the Association Agreement with the EU. The main role of the agency is to manage seized and confiscated assets, both abroad and domestically. Here too, experts expressed concerns about the effective independence of the agency and about the risk of influence from interest groups, as well as for the lack of a mechanism ensuring transparency and accountability of its work.

What can we do?

NGOs, think tanks and journalists repeatedly tried to put pressure the authorities to act on the billion case, among growing risks. With a government that is not listening and is in too many ways involved in the corruption allegations it is formally acting against, the future of Moldovan stolen assets is in the hands of its citizens. What can they do?